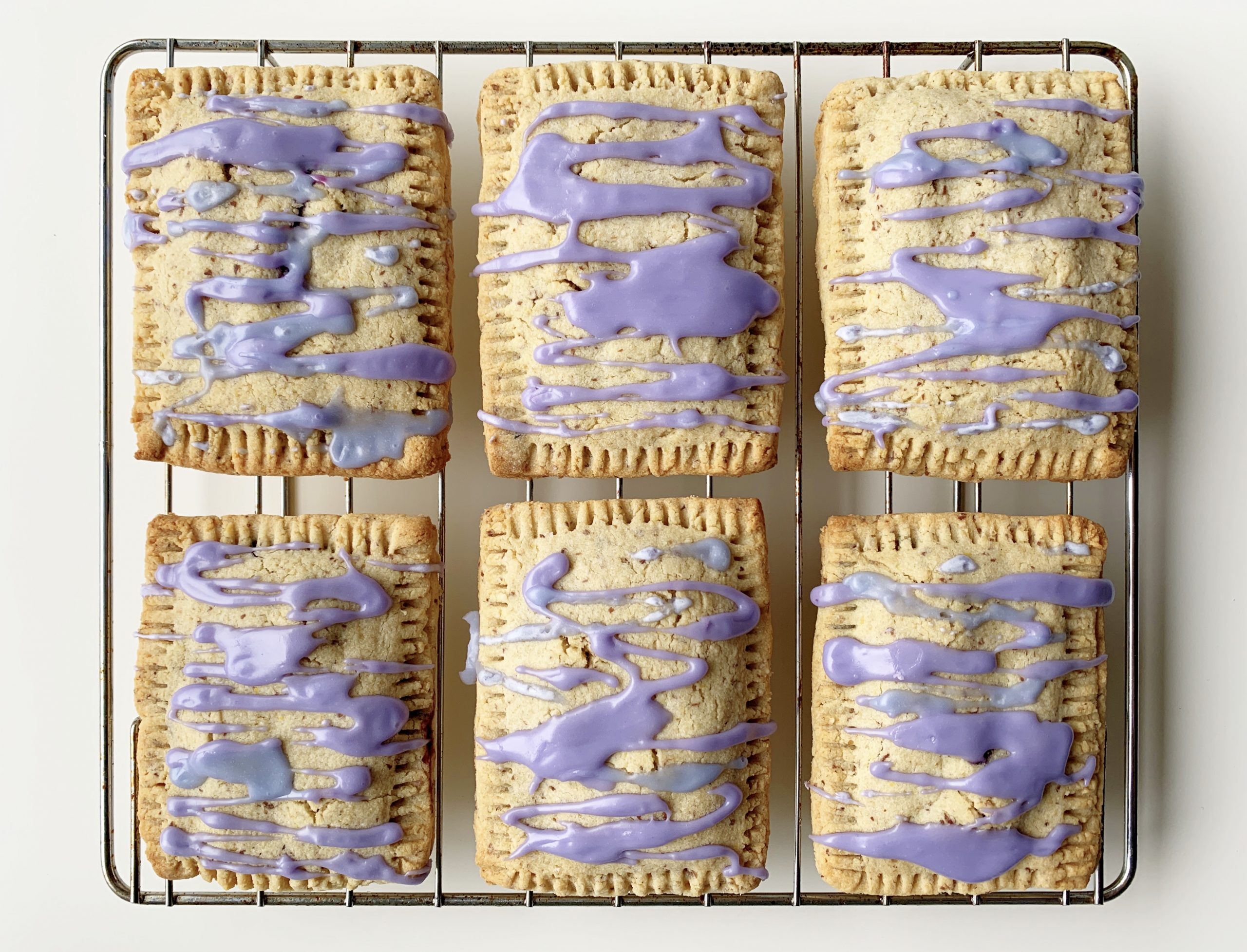 I’ve been dreaming about these pop tarts since I made my Gluten Free Strawberry Chia Jam Pop Tarts cause they were seriously UNREAL. And since I got a lot of requests to make them vegan, I decided to adapt my previous recipe to make these completely vegan AND gluten free!

The filling possibilities are endless, but today I made an oozy blueberry filling. You can easily substitute another fruit of your choosing, or even make a chia jam filling (check out my Strawberry Chia Jam)! 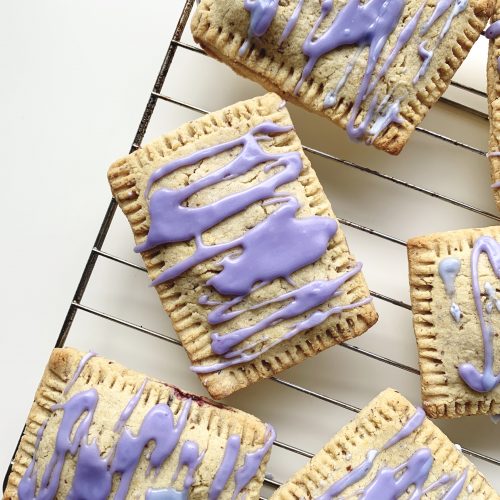 For the Blueberry Filling

For the Blueberry Glaze

*Flour: some have tried subbing oat flour for all the flours with success, however I believe the blend of flours would make for a flakier, less dense crust. *Vegan butter: if you choose to use coconut oil instead of butter, it will work, but will not brown as nicely. *Dough adapted from Stelle and Co Bakes
CategoriesBaking Gluten Free
Tags
BakingBlueberryDessertGluten FreePop TartsVegan
Menu