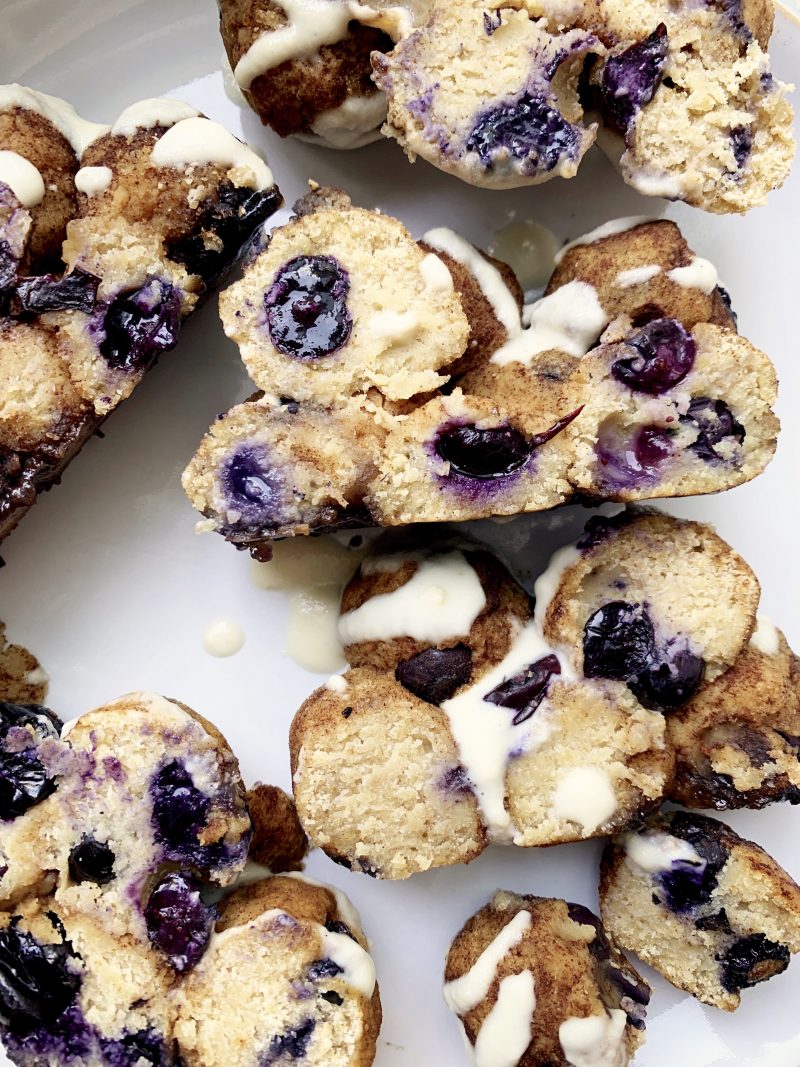 Monkey Bread, Pull Apart Bread . . . whatever you want to call it — but make it vegan, gluten free, and Blueberry Cheesecake!

Not only is this recipe super easy and fun, but this bread is so soft, moist, fluffy and just oozing with blueberries. And you can’t forget the cashew cream cheese glaze!

Think blueberry cheesecake mini donuts. But with clean ingredients you can enjoy for breakfast, while still being a satisfying dessert! 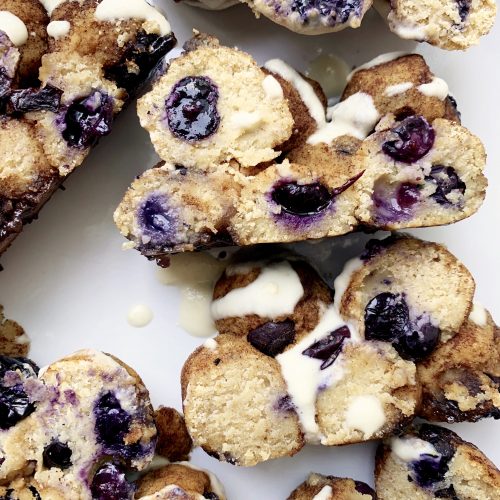