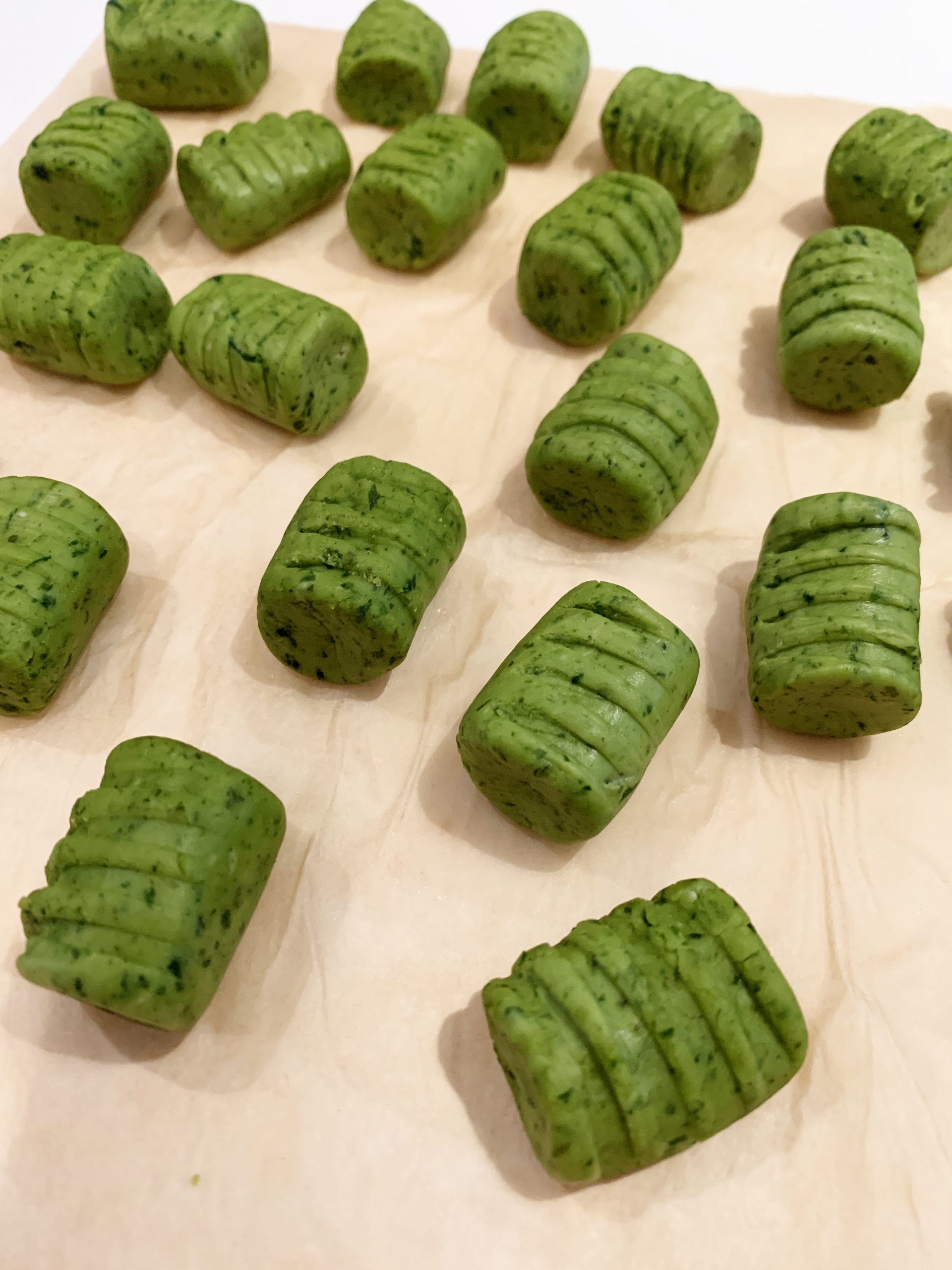 Trader Joe’s Kale Gnocchi has quickly become a popular freezer staple along with their Cauliflower Gnocchi. This copycat version only uses 6 ingredients — one of them being water! I chose to make mine a lighter green than Trader Joe’s and also added some ridges.

So if you don’t have a Trader Joe’s near you, want to have some fun making your own gnocchi from scratch, or just have some kale to use up, give this a shot! So simple and so delicious.

Note: I boiled and pan fried my gnocchi, but feel free to cook it how you like (after boiling of course). 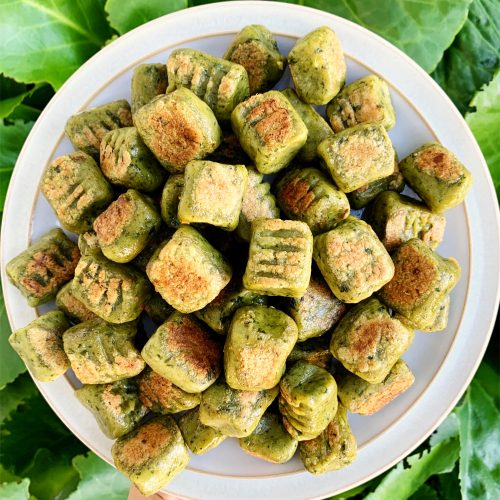